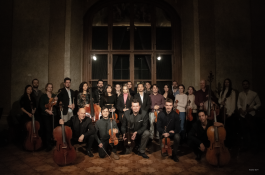 Founded in 2006 by artistic director  Tomasz Wabnic - violinist, violist, as well as arranger - Vienna Morphing Orchestra  has stayed true to the philosophy of ensemble playing. Its players are young, diverse, and award-winning artists from around the world, who all came to Vienna to perfect their musical skills. Their alert playing and outstanding qualities are paired with an acute sense of style which enables them to excel at a range of genres.

The pure sound of Viennese classical period is the musical foundation from which the Vienna Morphing Orchestra has branched out into Baroque period style, romantic opera, film music, pop and even world music, collaborating with award winning virtuoso Jospeh Tawadros. 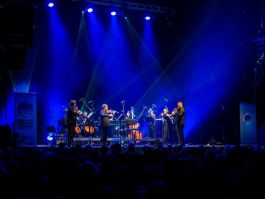 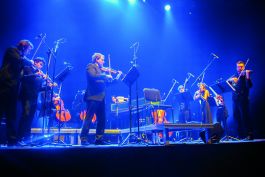 "Vienna Morphing Orchestra is a small orchestra with a big spirit – They were great to work with."

Stabat Mater, which offers a range of renowned contemporary composers Arvo Pärt’s works with the mass at its core, and features Aleksandra Kurzak, tenor Roberto Alagna as wells as countertenor Andreas Scholl: and De Profundis, a spiritual journey through the works of Bach and Schönberg.

VMO complement this new presence in the online realm with numerous broadcasts from Morphing TV, a platform that allows viewers to watch pre-recorded concerts from glamorous locations in Vienna.

The VMO made its debut album with Sony in 2019: Desire featuring soprano Aleksandra Kurzak, received great critical acclaim and was awarded “best foreign album” by the Fryderyk awards in Poland in 2021.

Future plans include a return to Paris on December 9th 2021 for a Viennese Gala concert broadcast live from Les Invalides, a Korean opera tour in January 2022, a Vivaldi/Piazzolla program in Germany and Poland in March 2022 and further plans for Asia, Brazil and Scandinavia.