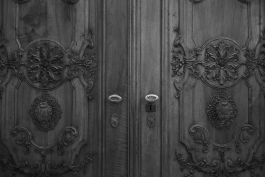 with arias from Aleksandra Kurzak's CD "Desire",
published by Sony Classical with the Morphing Chamber Orchestra,
and pieces by Morricone, Bach, Schubert

Originally from Brzeg Dolny, Poland, soprano Aleksandra Kurzak made her professional debut at the age of 21 at the Wroclaw State Opera as Susanna in Le Nozze di Figaro. Between 2001 and 2007, she was a member of the ensemble at the Hamburg State Opera, where her roles included the Queen of the Night in Die Zauberflöte, Blondchen in Die Entführung aus dem Serail, Susanna, Servilia in La Clemenza di Tito, Marzelline in Fidelio, Nannetta in Falstaff, Gilda in Rigoletto, Gretel in Hänsel und Gretel, Musetta in La Bohème, Cleopatra in Giulio Cesare, Fiorilla in Il Turco in Italia, and Marie in La Fille du Régiment, among others. She made her Met debut in 2004 as Olympia in Les Contes d’Hoffmann and has returned in productions of La Traviata, Carmen, Pagliacci, L’Elisir d’Amore, Hansel and Gretel, Rigoletto, and Die Entführung aus dem Serail. In recent seasons, she has also performed at Covent Garden, Deutsche Oper Berlin, the Paris Opera, the Vienna State Opera, Staatsoper Berlin, the Bavarian State Opera, and in Barcelona, Hannover, Verona, Naples, Monte Carlo, and Hamburg. 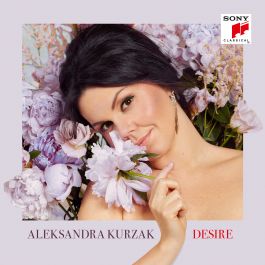 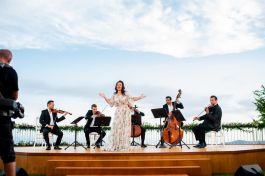 The Vienna Morphing Quintet is part of the larger Vienna Morphing Orchestra  (Morphing Chamber Orchestra), which was founded in 2006 by its artistic director, Tomasz Wabnic. VMO’s philosophy is based on constant evolution—metamorphoses and modifications that lead to the search for new musical interpretations and the pursuit of performance perfection. The ensemble challenges itself with diverse projects and a wide range of repertoire, from classical music to film music, jazz, and contemporary music. The ensemble engages and collaborates with such artists as Roberto Alagna, Aleksandra Kurzak, Bobby McFerrin, Andreas Scholl, Joseph Tawadros, Valeriy Sokolov, and Frederic Chaslin, and composers like Arvo Pärt and Krzysztof Penderecki. In the coming year 2021, the Morphing Orchestra will be celebrating its 15th anniversary and has planned concerts in some of the world’s most prestigious venues, including Vienna’s Musikverein and Carnegie Hall.

Winner of the 2011 Prix de la Ville de Lausanne, Yuuki Wong has been quoted by The Strad as an artist ‘with imagination and insight….a crowd-pleaser’.  Musical studies began at the age of four with the piano and two years later, he started playing the violin. After just three years of violin lessons, he was admitted to the world renowned Yehudi Menuhin School in England, where he studied with Rosemary Furniss and Natasha Boyarsky alongside lessons with Yehudi Menuhin. He was the youngest student at the age of 15 to be admitted to the class of Amita and Roland Vamos at the Oberlin Conservatory, USA to begin his Bachelor of Music degree. This was followed by studies with Boris Kuschnir at the Vienna Conservatory, Pierre Amoyal at the Haute-Ecole de Musique Lausanne and Ilya Gringolts at the Zürcher Hochschule der Künste. Yuuki has participated in masterclasses with personalities such as Itzhak Perlman, Donald Weilerstein, Joel Smirnoff, Tibor Varga, Aaron Rosand, Zakhar Bron, Frans Helmerson, Viktor Tretyakov, Pamela Frank, Gabor Takacs-Nagy, Miriam Fried, Sylvia Rosenberg, Leon Fleischer to mention a few.